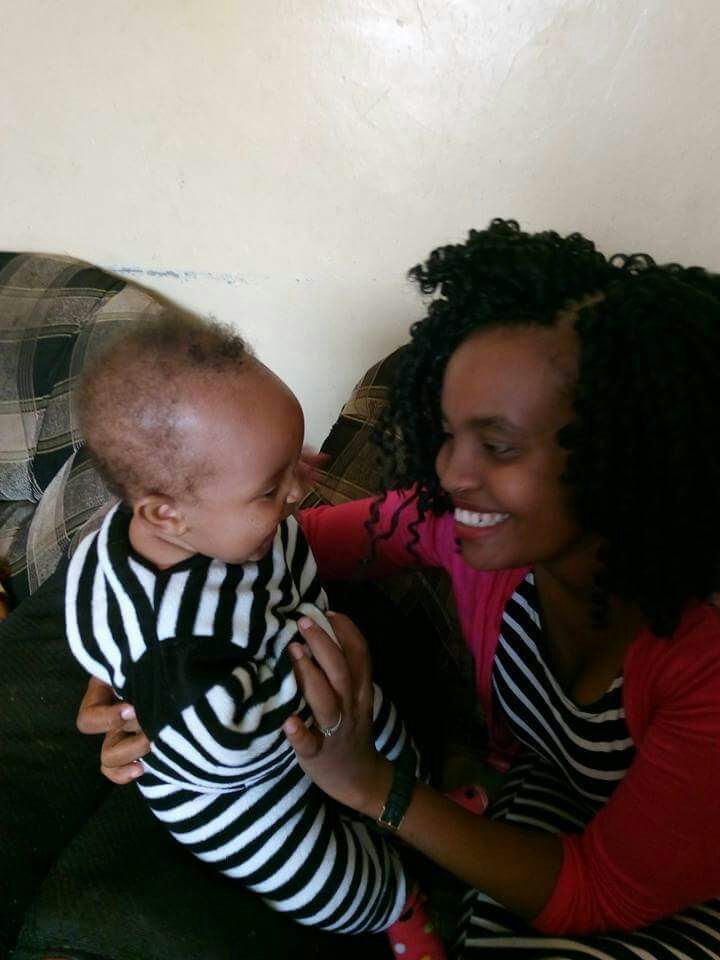 The story about my journey is not for pity. It is about a significant experience in life that has shaped and made me who I am today.

I had imagined the moment so many times but never had I expected it to be that soon. On a sunny Friday afternoon of the 14th day of August I set out to satisfy my cravings of vanilla chocolate ice cream while catching up with a friend. At 32 weeks gestation I chose to be up and about running my own errands; never did I at any given point stop to think anything could go wrong with my tiny peanut slowly growing in me. It was a healthy pregnancy to say the least.

Often times I would ignore the little pains that came and went as was normal for a person in my condition. As I set out I got into our joint a bit earlier so I thought to myself why not shop for delivery packages in hospitals around while I pass time.My friend was held up and this was a brilliant pass timer.

God does guide us and puts us just where he wants us. Later in the afternoon, I walked in at the Agha Khan hospital not because I was unwell remember I just came to shop for delivery packages. As I sat waiting to be attended to, a strong urge to see my little baby overcame me. I was at the hospital anyway ,why not do an obstetric scan.

For this to happen I had to be seen by a physician and within minutes I had a doctor attend to me. A brief history and again she agreed, until I mentioned I had always had pelvic pains. She insisted on examining me which I agreed to. I had no fear to say the least.
Maybe it was God’s grace or just fate, I wouldn’t know how to put it. I lay there until she she started making enquiries. Are you sure of your dates because you are almost fully dilated?I wasn’t due till October. It was way too early for a delivery. Shocked and confused phone calls were made and my obstetrician contacted (God bless his work). I had to be reffered. For three days the doctors put me on strict bedrest, no unnecessary movements and continuous baby monitoring. All this in a bid to buy time for the steroids to work to help with the baby’s lungs. Time passed, I prayed. Doctors came in and out but in all this my cervix was dilating more and more with each passing day.

We had a neonatologist on standby for my little one, ready to receive her and help her fight. After 14 hours of being in labour, my body was weary and weak, being a strong believer and having laboured before during a stillbirth I praised the Lord. With every contraction, I praised and thanked the Lord. Giving up is easy we all do at times, my friends and relatives by my side watching helplessly I lay down, the hours were long, my strength was failing but I asked God to renew my strength just one more time. My baby was born seconds later, no nurse no doctor just us. She was beautiful and tiny. She let out a loud weak cry and went silent. Nurses and doctors rushed :everyone was confused.

Ressuscitation was done and intubation she was rushed to NICU. A term I had never heard.My journey in the new born intensive care unit began.

The NICU is scary, filled with equipment so big for patients so tiny that you cant even see the babies. Weird blue lights and plexiglass incubators, monitors at every bedside.With so many complex machines and in baby_like equipment I assure you it can be intimidating for a newcomer.The babies can look scary too, tubes monitor wires all of which are disturbing. Then I saw my baby hooked up to everything and suddenly my knees buckled. It was something I could never get used to, never forget. I spent nearly the whole day sitting by the side of my baby, hoping, praying that I would be able to bring her home. I held her hands through the door of the incubator. I knew the daily routines, when doctors came around and when the lights went down. I tried to fit into it, to become any sort of mother I could be but most times I felt like a spare part, in the way of the medical staff doing their jobs.At times it was like I had to ask for permission to be a mother….

I was always on autopilot wrestling with the fact that I shouldn’t be far away from the baby. Everything I did was timed, never wanting to miss a feed or a nappy change. I was in a whole new world I didnt ask to be in. Extubation, surfactant, phototherapy I knew all to well what this terms meant. The time in there had a strange way of going quickly and slowly at the same time. The milestones my little Ariel met were worth celebrations, moving into a cot, being off CPAP, each one of them reached was like a big win in the lotterly. There were dark days, where no milestones were met, setbacks that made me catch my breathe. I had to adjust, I had to learn how to express milk for my tiny premmie.

The first day I held her in my arms were beyond perfect, she was perfectly imperfect, full of heavenly bliss. As I held her tight to my chest, carefull not to overstretch the oxygen tubes I couldn’t help but be overcome by emotion. I had to help my little Ariel keep on keeping on. I dreaded the periodic breathing, the refluxes..So tiny but with a will to live and resilience to fight for her survival.I couldn’t afford to let her down. I would wake up early to go to hospital and nurse her, from kangaroo mother care to expressing, cupfeeding and nappy changing. NICU walls have heard the most sincerest of all prayers..I had to look for something positive in everyday even if some days I was forced to look a little harder.

Then comes night,it was something I dreaded.Spending the night without my baby was traumatic and each night I would breakdown.Waking up to the cot again and the days began. After close to three weeks it was time to finally go home. Going home was a roller coster of emotions at 1.8kg it meant worrying that even a sniffle could develop into an infection and back to hospital. It meant taking my tiny one to the doctor for checkup and worrying that she will catch something in the waiting room.So I had to walk back and forth in the waiting room until we got called.

At 15 months now, becoming a nicu parent is something nobody ever wants to be, but in the end it is an honour to be the one. We got to experience a miracle. Raising a premmie is not easy but that is a story for another day….

This site uses Akismet to reduce spam. Learn how your comment data is processed.